"Operation Warp Speed: Lessons from the Most Successful and Important Public-Private Partnership Since the Apollo Project" with Alex Azar '88. Hosted by Jason Barabas '93. 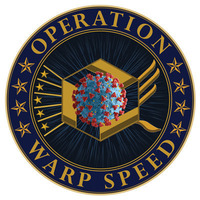 Operation Warp Speed: Lessons from the Most Successful and Important Public-Private Partnership Since the Apollo Project

Lecture Info:
The Nelson A. Rockefeller Center welcomes back to campus Alex Azar '88. Secretary Azar led the U.S. Department of Health and Human Services (HHS) from 2018 to 2021 during the Trump Administration and was architect of Operation Warp Speed; he combined his experience in the pharmaceutical industry with his understanding of government programs—having previously served as general counsel and subsequently Deputy Secretary of HHS in the George W. Bush Administration—to lead the largest biomedical development program in history. Under his direction, the United States developed two remarkably safe and effective vaccines within months, embarked on the production of tens of millions of doses, and authorized therapeutics to treat COVID. As a result of his leadership, the Warp Speed team developed a public-private partnership with the biopharmaceutical industry through which hundreds of millions of Americans were vaccinated within one year of the inception of the program. While the policy lessons remain relevant for pandemic response programs, the model can also help guide future public-private partnerships.

Speaker Bio:
Secretary Alex Azar served as the 24th Secretary of the U.S. Department of Health and Human Services (2018-2021), leading over 85,000 employees with a budget of over $1.4 trillion. He was the architect of Operation Warp Speed, delivering COVID-19 vaccines and therapeutics in record time. He led the historic transformation of the healthcare system in the United States and HHS’s response to the unprecedented COVID-19 pandemic.

Azar previously served as president of Lilly USA, LLC, the largest affiliate of global biopharmaceutical leader Eli Lilly and Company. Before his tenure at Lilly, Azar was the Deputy Secretary of the U.S. Department of Health and Human Services and its General Counsel.

Host Bio:
Jason Barabas ’93 is the Director of the Rockefeller Center for Public Policy and the Social Sciences at Dartmouth College as well as a Professor in the Department of Government. Professor Barabas earned his Ph.D. in Political Science from Northwestern University and his undergraduate degree in Government from Dartmouth. In the years since, he has held postdoctoral fellowships at Harvard and Princeton as well as academic faculty positions in New York, Florida, and Illinois. Currently, Professor Barabas teaches and conducts research on public policy and opinion preferences with an emphasis on research design. Jason Barabas is a member of the National Academy of Social Insurance, and he has received professional awards from the American Political Science Association and the International Society for Political Psychology.