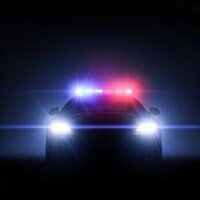 Co-sponsored by the Department of Economics

Lecture Info:
Morgan C. Williams, Jr. discusses the first empirical estimate of the race-specific effects of larger police forces in the U.S.. Each additional police officer abates approximately 0.1 homicides. In per capita terms, effects are twice as large for Black versus white victims. At the same time, larger police forces make more arrests for low-level “quality-of-life” offenses, with effects that imply a disproportionate burden for Black Americans. Notably, cities with large Black populations do not share equally in the benefits of investments in police manpower. Our results provide novel empirical support for the popular narrative that Black communities are simultaneously over and under-policed.

Morgan C. Williams, Jr. is an Asst. Professor of Economics at Barnard Coll. of Columbia Univ.. Using both applied empirical and theoretical techniques, his current research agenda examines the economic consequences of crime and incarceration policy for racial inequality in the U.S.—with topics ranging from the disparate impact of criminal history disclosure requirements among formerly incarcerated workers to policing reform. Morgan's research has been published in journals such as the American Economic Review: Insights in addition to enjoying support from the Russell Sage Foundation and the Robert Wood Johnson Policies for Action Initiative. Morgan is an affiliate of the Columbia Univ. Population Research Ctr. Prior to joining the faculty at Barnard College, Morgan completed the NYU Provost's Postdoctoral Fellowship through the Robert F. Wagner Graduate School of Public service. He received his Ph.D. in Economics from the CUNY Graduate Center, M.P.H. from the Columbia Univ. Mailman School of Public Health, and B.A. from Morehouse Coll.

Andrew A. Samwick is the Sandra L. and Arthur L. Irving ‘72a, P’10 Professor and Chair of the Dept. of Economics at Dartmouth. In the field of economics, he is most widely known for his research on the economics of retirement and has testified three times before Congressional committees on his research. He is a research associate at the National Bureau of Economic Research and has served on the Census Scientific Advisory Committee. He has also served on technical panels for the Social Security Advisory Board and as a consultant for the Pension Benefit Guaranty Corporation on the assumptions and methods they use to make long-term projections. His other research interests include saving, taxation, executive compensation, and education finance.

Herschel Nachlis is Research Assistant Professor in the Dept. of Government and Policy Fellow in the Rockefeller Center for Public Policy and the Social Sciences.
He studies and teaches American politics, law, and public policy, focusing on health policy, regulation, and political institutions. His work has been published in journals including JAMA: The Journal of the American Medical Association and Studies in American Political Development and public outlets including The Washington Post and STAT.