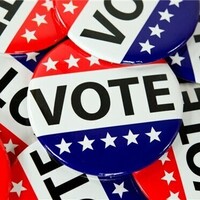 Speaker Bio:
Born in New Hampshire, Bill Gardner followed his grandfather’s example and was elected three times to the House of Representatives from his home city of Manchester.

Elected secretary of state in 1976, at the age of twenty-eight--as a Democrat by a Republican legislature--he served in the position for nearly five decades. He was the youngest ever to hold the office, the longest to serve in it, and the first from the minority party to be elected by the majority.

As secretary of state, he was responsible for administering and overseeing all state primaries and elections. He set the date for each presidential primary for nearly half a century. His position and his State House presence offered him a privileged window to witness the colorful and storied history of presidential primaries. He has a unique perspective on why--and how--New Hampshire has remained the first-in-the-nation primary state.

Host Bio:
Rusell Muirhead teaches in the Government Department at Dartmouth College. He is now teaching classes on Race, Justice, and the Law and on Democratic Erosion. One of his favorite classes to teach over his career has been American political thought. He has written books on conspiratorial thinking in American politics, and on partisanship in America politics. Muirhead also represents Hanover and Lyme NH in the NH Legislature where he serves on the election law committee.