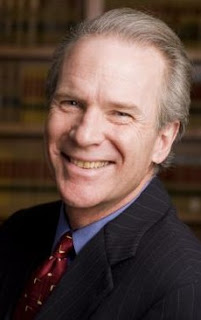 Professor John Garvey, the Director of the Daniel Webster Scholar Honors Program at the University of New Hampshire School of Law, facilitated the MLDP session on “Negotiation.” He is leading a first in the nation program that will prepare law students for admission to the bar based upon rigorous evaluation of their practical legal skills as well as substantive knowledge of the law. Garvey began the session by asking the participants if they had ever participated in negotiations before. Everyone raised their hands and responses ranged from discussions with parents to roommates to professors. Garvey stressed that the need to think intentionally when negotiating. If you do not think intentionally, you will be caught by surprise and you will lose the upper hand. Whereas many think about so-called “hardball” tactics where one side draws a line and says the other must follow, such as with the current NFL labor negotiations, Garvey said there is much more to negotiating than using hardball tactics. Every day life involves a lot of negotiation even if we do not realize that it does. To make today’s session on time, Professor Garvey had to tell the participants at a session he was mediating that he needed to leave at 4 P.M. the latest without any possibility of change. Other examples of negotiating with others, or even negotiating with oneself, include making decisions about classes, deciding on a TV show or movie, or even what to eat.
For any sort of negotiation to work, the two parties must have some sort of shared interest. For both sides’ respective goals, there must be some sort of intersection of a common goal. The wants and needs cannot be parallel lines, otherwise neither side will want to give up anything for something they do not particularly covet in return. After showing a clip from the film The Untouchables, Professor Garvey discussed the problems that can get in the way during negotiations: your reaction, their reaction, their intractable position, getting stuck, and power. To get around these problems, one must: go to the balcony position and take a step back, put yourself in your opponents’ shoes, reframe the discussion, and help objectify the situation. Professor Garvey especially stressed the need to take the balcony position at some point during the negotiation. The balcony position means observing the negotiation from an outside perspective above the fray. Using this perspective, one can gain more appreciation and knowledge of the situation and make better decisions and proposals.
Though negotiation more often than not leads to progress for both sides, it is also necessary for participants to have a BANTA, or a Best Alternative to a Negotiating Agreement. Sometimes, you need to know when to say no if what is proposed is not the deal that you want to enter. Knowing the point going into a negotiation at which you will back out is necessary, said Professor Garvey, because it ensures that you will not give up more than you want to and make a decision that you will later regret.
Next, Professor Garvey gave us an exercise to practice our negotiating skills. In our small groups, the participants brainstormed possible situations where advanced negotiating skills might help. Situations that the groups used to practice ranged from discussing responsibilities between executive board members of a campus group organizing an event to a conversation between roommates about playing music at certain times. During the group exercise, participants took turns playing each side of the negotiation and observing from the balcony position. After, each discussed how their emotions and thoughts changed at each position. Dylan Payne ’13, who recently experienced difficulties with other executive members of a campus group about responsibilities for a campus event, said that he used the negotiating exercises later that day to resolve the situation for not only his benefit, but for the other group members and the group itself.
After the exercise, the groups came back and discussed what they learned. Professor Garvey concluded the discussion by showing the final scene of Reservoir Dogs and a humorous means of showing how not to negotiate. Professor Garvey thanked the participants for their interest and input.
- Sam Lewis '13