The United States Constitution, the oldest written document of its kind still in continuous use, has guided U.S. lawmakers and politicians for over 200 years. While the U.S. Senate continues to best interpret and apply it, the current financial upheaval has come to test this body and its methods. In attempting to remedy the extensive damage to the economy, bi-partisan negotiation in the Senate is changing in an interesting and critical way.

September 17, Constitution Day, commemorates the formation and signing of the U.S. Constitution by 39 brave men. Former U.S. Senator Judd Gregg of New Hampshire will discuss the role of the Senate in the current fiscal crisis: how the United States Senate has evolved into the most likely forum under our constitutional structure for substantive bi-partisan action on major issues.

A leading voice for fiscal discipline, Senator Gregg served three terms in the U.S. Senate, concluding his tenure as Ranking Member of the Senate Budget Committee. Prior to serving in the Senate, he served as Governor of New Hampshire from 1989 to 1993 and U.S. Representative (R-NH) from 1981 to 1989. Senator Gregg continues to be a well-known budget expert, and a respected voice on financial regulatory issues. He is a regular contributor on CNBC and writes a weekly column in Washington, D.C.’s “The Hill” newspaper.

The Senator is serving as a Distinguished Fellow at Dartmouth College, teaching, lecturing and counseling Dartmouth graduate and undergraduate students. Senator Gregg is married to Kathleen MacLellan Gregg. The couple has three children, Molly, Sarah, and Joshua, all of whom graduated from Dartmouth College.

See listing of all Fall 2012 Public Programs here, and sign up to receive reminders about each program by email.

What is Constitution Day?

Constitution Day is an American federal observance that recognizes the adoption of the United States Constitution and those who have become U.S. citizens. It is normally observed on September 17, the day in 1787 that delegates to the Constitutional Convention signed the document in Philadelphia, PA. 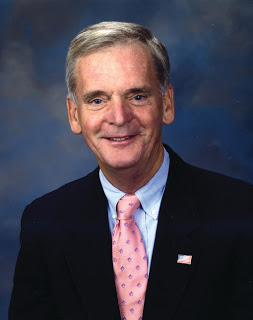