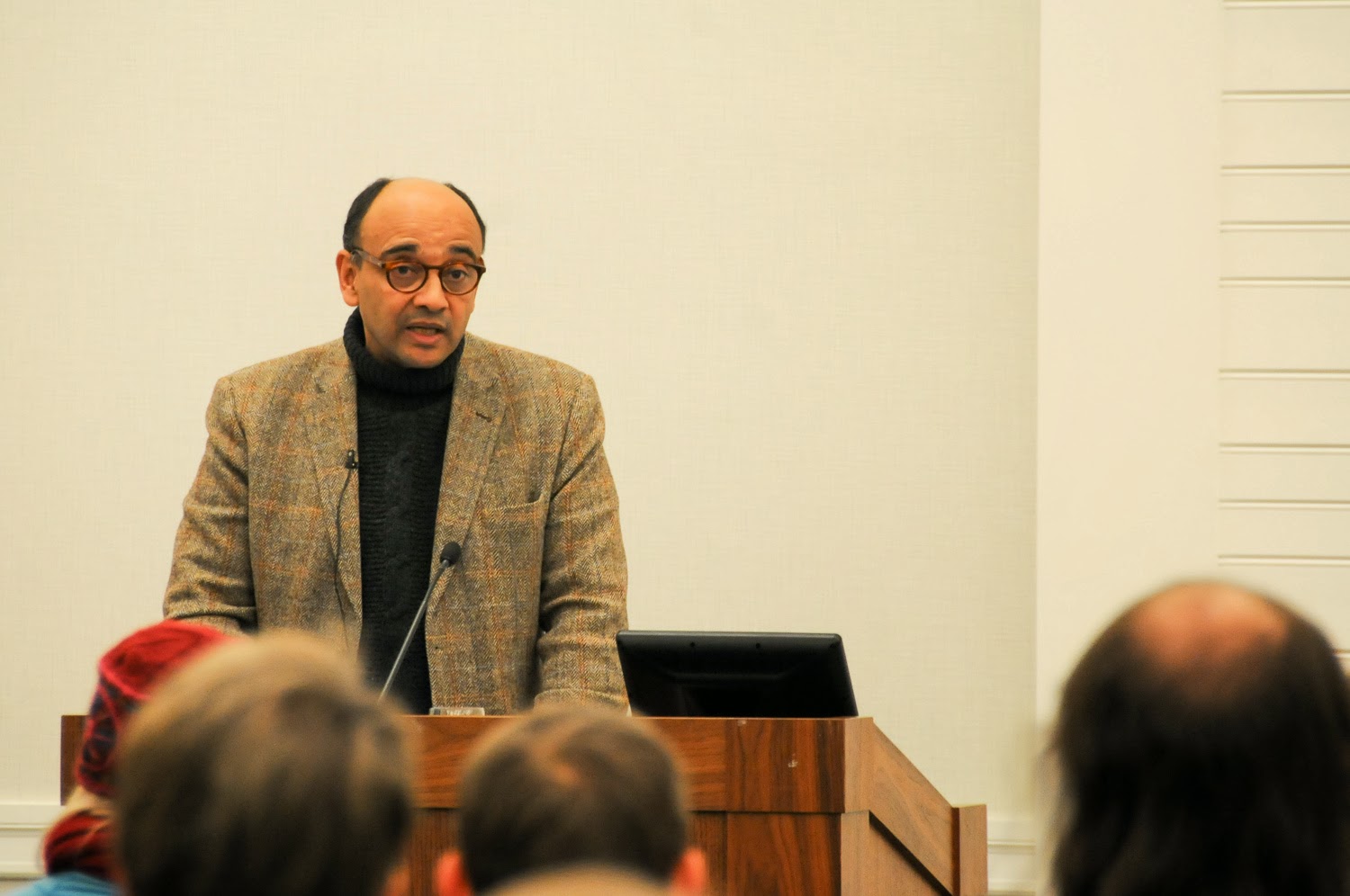 We entered, in small crowds, into the white-walled, airy space of the Hanover Inn Grand Ballroom to await Kwame Anthony Appiah’s talk entitled “"Becoming Global Citizens: Civil Discourse Across Difference.” The talk was prefaced by a moment of silence for the recent passing of Torin Tucker ’15, and I was struck, as I often have been since the news of his death was released, by how much more we cling to each other when faced with tragedy. It isn’t a mere gesture of sentimentality, but more of an affirmation of the human bonds that exist even on a college campus where priorities are in perpetual competition.

Appiah’s talk itself focused on the value of conversation without agenda, without discernible aim, the kind that exposes one to discovery through accident. He proposed that we stumble upon ways to increase our acceptance of the differences that compose our world. Appiah’s description of a cosmopolitan conversation is of one that primarily takes place between strangers, particularly strangers on the move.

During the lecture, his personal example of engaging in friendly argument with a right-wing politician occurs during a car ride, the entire premise of the exchange based upon the promise of a near-future destination where they will be allowed to part freely from each other. There is no expectation of, or perhaps even desire for, a sustained relationship. These conversations exist to be temporary; they are vehicles for us to expose others to our differences and in turn apprehend difference in others.

Because these encounters tend to be brief in order to maintain mutual tolerance for the length of the conversation, it seems they might only produce tangible shifts in our worldview and understandings of others in aggregate, through the accumulation of multiple encounters. This structure of relationship also seems to privilege the cursory and dispassionate over attachment and fervor for the sake of peaceful co-existence. It begs the question of how we would, practically speaking, balance self-assertion with acceptance of others, how to achieve tolerance without edging into hypocrisy.

His most immediately memorable claim was, “we don’t have to agree to be agreeable.” In other words, we, as world citizens should not resort to violence as a means of achieving productivity. For Appiah at least, “being agreeable” is in itself, an achievement demanding our attention and effort.