Bill Gardner: The Administration of Elections 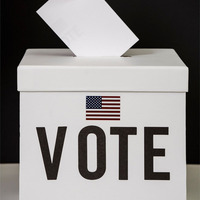 The Administration of Elections and their Impact on American Democracy

Speaker Bio:
Born in New Hampshire, Bill Gardner followed his grandfather’s example and was elected three times to the House of Representatives from his home city of Manchester.

Elected secretary of state in 1976, at the age of twenty-eight--as a Democrat by a Republican legislature--he served in the position for nearly five decades. He was the youngest ever to hold the office, the longest to serve in it, and the first from the minority party to be elected by the majority.

As secretary of state, he was responsible for administering and overseeing all state primaries and elections. He set the date for each presidential primary for nearly half a century. His position and his State House presence offered him a privileged window to witness the colorful and storied history of presidential primaries. He has a unique perspective on why--and how-- New Hampshire has remained the first-in-the-nation primary state.

Host Bio:
Linda L. Fowler is Professor of Government and Frank J. Reagan Chair in Policy Studies, Emerita, at Dartmouth College where she continues to conduct research. She directed Dartmouth’s Nelson A. Rockefeller Center for Social Sciences from 1995-2004. Previously, she was Professor of Political Science in the Maxwell School at Syracuse University. She holds her B.A from Smith College and her MA and PhD from the University of Rochester.

Fowler specializes in American politics, publishing numerous articles and chapters, two books on congressional elections, Political Ambition: Who Decides to Run for Congress (Yale 1989) and Candidates, Congress and the American Democracy (Michigan, 1993), and a recent study of national security oversight in the Senate, Watchdogs on the Hill: The Decline of Congressional Oversight of U. S. Foreign Relations (Princeton, 2015). Fowler received a Guggenheim Fellowship in 2005-2006 and several awards for her research, as well as awards for undergraduate teaching at Syracuse and Dartmouth. Fowler is a frequent commentator on American politics in various media outlets.