After a long night's work and about four hours of sleep under our belts, PBPL085 rallied early this morning to take a driving tour around the Cape of Good Hope. During breakfast, our tired eyes crinkled with laughter as we used Snapchat filters to visualize how each member of the group would look when we reach the ripe age of eighty-five. As we piled into the bus with full bellies, murmurs of hopes for baboon and penguin sightings filled the air. Our tour guide Alistair, finally equipped with a microphone and working surround sound system, was about to take us on the most magical part of our journey thus far. 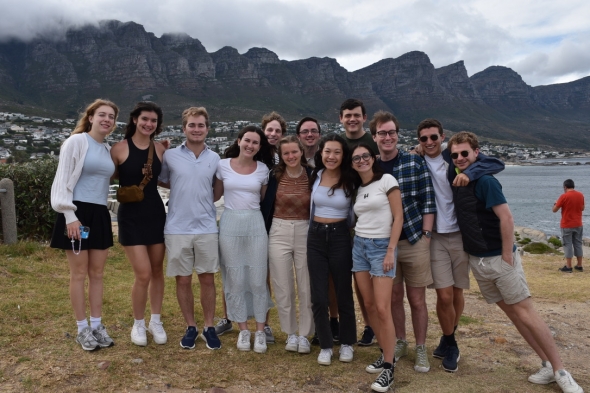 Driving through the mountains, we saw some of the most breathtaking landscapes I've ever seen. The crystal clear water was ripping with waves and looked like something out of a beach movie. Our first stop was to look at "Rhino Rock." While we marveled at the resemblance between the mountain and a rhino's horn, the ostriches we saw next brought the group right back to the Game Lodge. 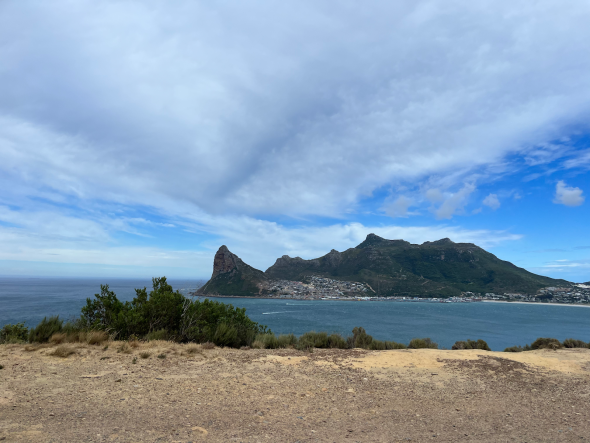 Above is a full view of "Rhino Rock." Looks just like the rhinos we saw at Kwa Maritane! 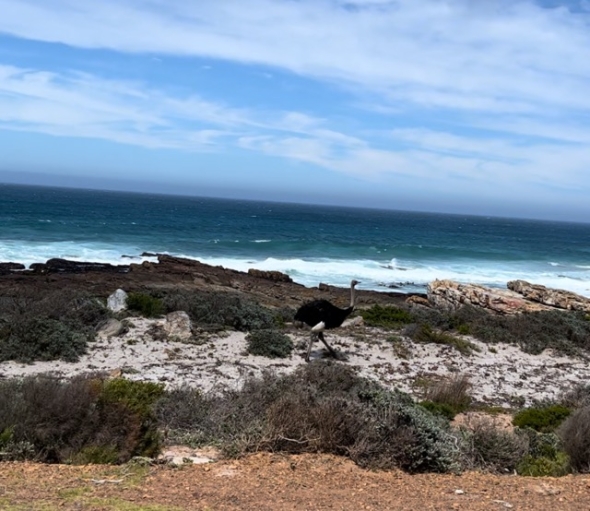 Here's one of the ostriches we saw walking along the coastline. There was a female ostrich just a few feet behind him, too!

After an hour's journey, we reached the southwestern-most tip of the African continent: the Cape of Good Hope. The winds were ferocious. Thirty-six mile per hour gusts made the water crash up against the rocky shore, as well as make me regret my decision of wearing a dress on this leg of the excursion. 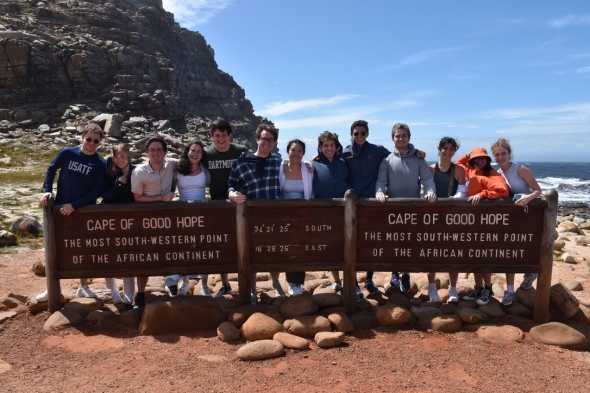 PBPL085 at the Cape of Good Hope, originally established to be a refreshment station for the Dutch on their journey to India. 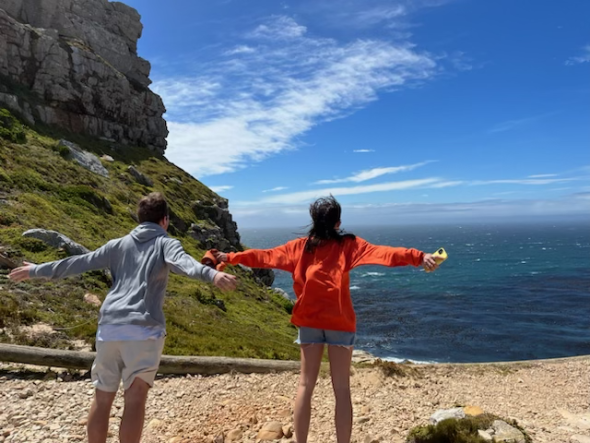 Henry Nolan '23 and Adelia Rattray '23 leaning against the strong winds. It was truly a magical experience.

On our way heading to see the coveted African penguin, we found ourselves surrounded by another new friend – the baboon! The curious creatures approached our bus, only to sit on the pavement to soak up the sun moments later. Babies clutched their mothers' backs as they trekked across the road, eliciting gasps of awe and infatuation from the group. 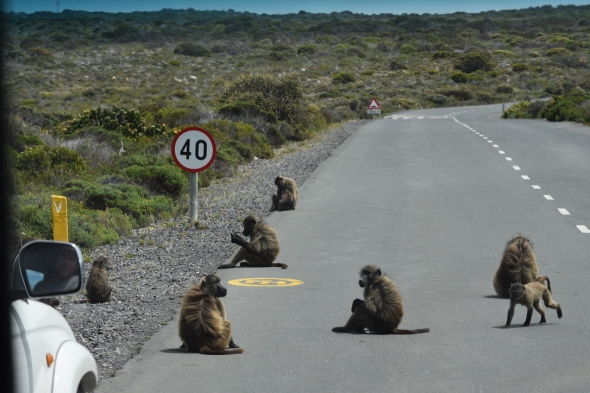 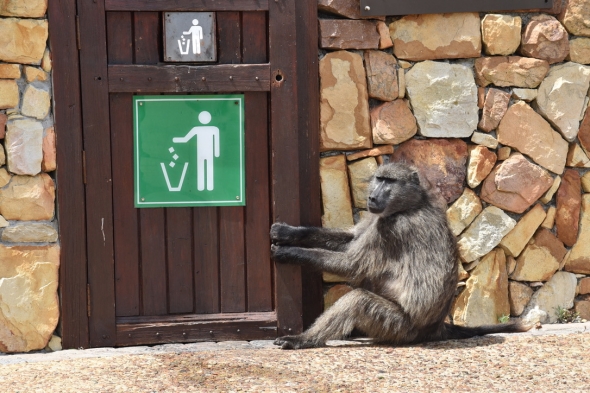 Caption: At the rest stop, one lone baboon was adamantly trying to open the trash box. Unfortunately, he failed :-(

To top off what seemed like a third game drive, we made it to the endangered African penguins' sanctuary. Alistair told us that in the early nineteenth century, roughly 1.5 million penguins inhabited South Africa. Once settlers got the bright idea to start stealing eggs, however, the numbers dwindled to just four (!) in the 1980s. Now, the penguins are protected by law, and their numbers have modestly rebounded to about 3,000. Despite how much I was tempted to jump over the fences and give them a hug, we watched their waddles into the ocean from a safe distance. 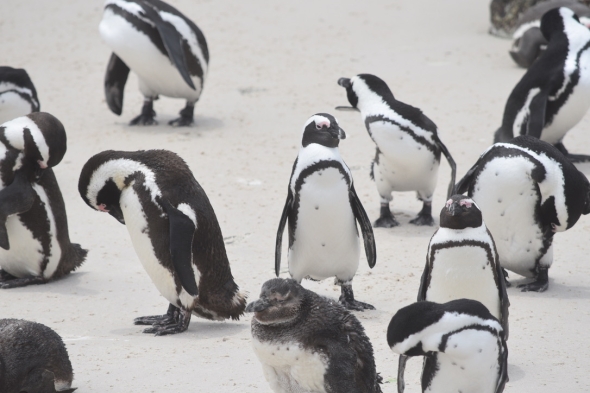 The penguin colony! Some of them were still shedding their winter coats. 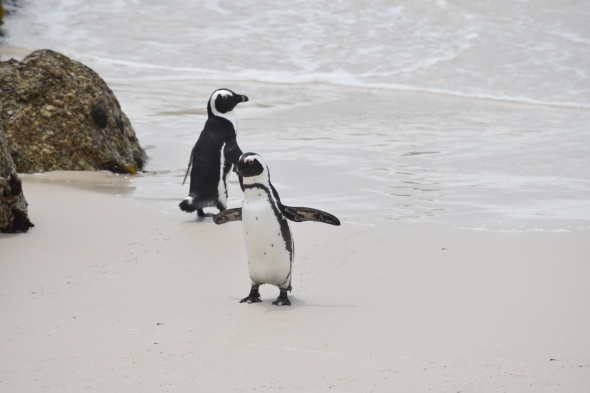 Exhausted from our day of sitting, we walked to the Seaforth Restaurant to enjoy an Alistair-organized seafood lunch. We tried the incredible seafood platter and got a taste of Malva pudding, which Alistair described as "eating Cape Town" itself. 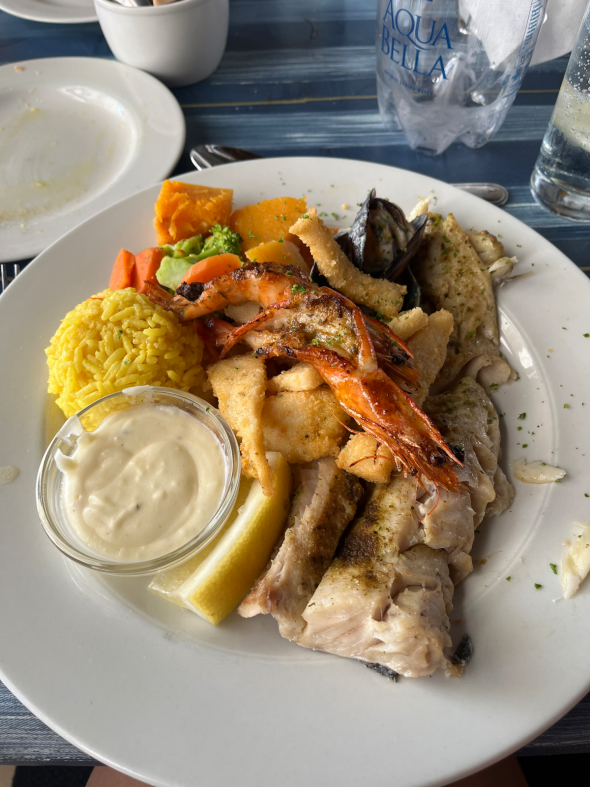 Above is the indulgent seafood platter which everyone got for the lunch's main course. 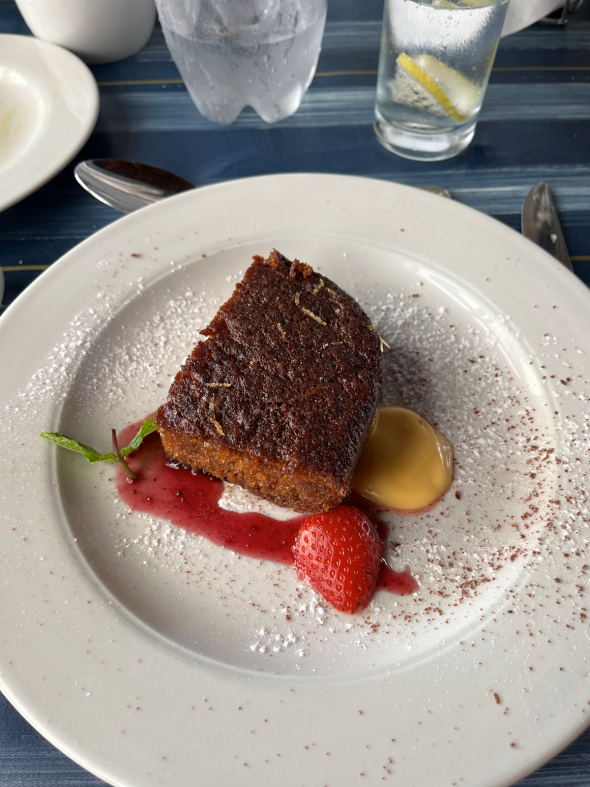 Here's the Malva pudding, which tasted similar to a typical bread pudding. Notes of orange and apricot coupled with the light, spongy texture. 10/10 would devour again.

Our bellies filled once more, we headed back to the hotel to get some much needed memo work done. After brainstorming how we can connect our conversations and takeaways to the United States' context, Adelia, Sam, and I walked over to the waterfront shops to do some Christmas shopping. I would do a haul, but that would spoil the surprise for my loyal readers (hi mom!). 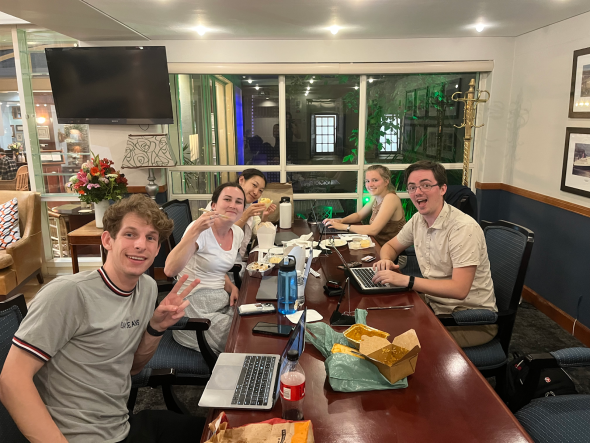