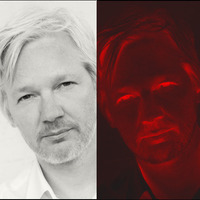 The U.S. has accused Assange of violating U.S. espionage laws by giving U.S. and UK newspapers secret government data, leaked by whistleblowers. The U.S. has argued, without evidence, that Assange has cost the lives of CIA agents and other secret operatives. If convicted, he faces up to 175 years in prison.

Syed, who researched Wikileaks as part of her thesis, will tackle some hard questions: Could overzealous U.S. prosecutors label the work of today’s best investigative journalists a violation of those same U.S. anti-espionage laws? What’s the difference between WikiLeaks’ release of U.S. Army footage of an Apache helicopter killing journalists, civilians, and children in Afghanistan – and the carnage that the NYT’s Azmat Khan has revealed in her recent expose of civilian deaths from U.S. drone attacks in Iraq, Afghanistan, and Syria? Will U.S. prosecution of Assange make it easier for dictators—and future U.S. presidents—to criminalize journalism and suppress free speech?

Nabiha Syed has been described as “one of the best emerging free speech lawyers” by Forbes.  She’s the former vice-president of Buzzfeed News, founder of the nation’s first media access law clinic at Yale Law School, and a former First Amendment Fellow at The New York Times. She is president of the brand-new investigative news site, The Markup.

Speaker Bio:
Nabiha Syed is President of The Markup. Before joining The Markup, Nabiha was vice president and associate general counsel at BuzzFeed, where she counseled on newsgathering, libel, and privacy matters worldwide. Under her leadership, the company successfully defended against libel litigation arising out of the publication of the Steele dossier and initiated numerous notable access litigations. Prior to BuzzFeed, Syed co-founded the nation’s first media access law clinic, currently in its 10th year of operation at Yale Law School, and served as a First Amendment Fellow at The New York Times.

Host Bio:
Alexis Jetter is a veteran journalist, teacher, and radio commentator with a focus on politics, science, activism, and popular culture. She teaches journalism in the English Department and the Women's, Gender and Sexuality Studies program at Dartmouth College. A former metropolitan reporter for New York Newsday, Jetter has written for Vanity Fair, The New York Times Magazine, Vogue, Mother Jones, Science Times, Sports Illustrated, The Guardian (UK), Readers Digest, Health, Prevention, More, Ms., Harpers Bazaar, Life, The Village Voice, Columbia Journalism Review and The Nation, among others. She is also a Pulitzer Prize finalist with top national awards for her writings on education, science, and social justice. She attended Brown University and received her BA in History from Evergreen State College in 1981. She received her Masters degree at the Columbia University Graduate School of Journalism in 1986.