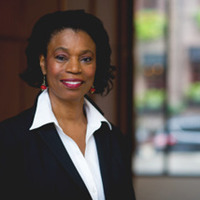 Co-sponsored by the Leslie Center for the Humanities, The Rockefeller Center, and the Wright Center for the Study of Computation and Just Communities

Lecture Info:
Two kinds of privacy law are in a state of disarray—the information privacy law we need in light of data gobbling Big Tech and digital life, and the decisional privacy law we need in light of the recent Supreme Court decision overturning Roe v. Wade. Focusing on race and its intersections with gender, this lecture will describe the far past and the likely future of legal protections for privacy and private choice.

Anita L. Allen is the Henry R. Silverman Professor of Law and Professor of Philosophy at the Univ. of Pennsylvania Carey Law School. A graduate of Harvard Law School with a PhD from the Univ. of Michigan in Philosophy, Allen is internationally renowned as an expert on philosophical dimensions of privacy and data protection law, ethics, bioethics, legal philosophy, women’s rights, and diversity in higher education. She was Penn’s Vice Provost for Faculty from 2013-2020, and chaired the Provost’s Arts Advisory Council.

Allen is an elected member of the Natl. Acad. of Medicine, the American Law Inst., the American Philosophical Soc. and a fellow of the American Acad. of Arts and Sciences. In 2018-19 she served as President of the Eastern Div. of the American Philosophical Assoc. From 2010 to 2017, Allen served on President Obama’s Presidential Commission for the Study of Bioethical Issues. Allen has served on the faculty of the School of Criticism and Theory, for which she is an advisor. She served a two-year term as an Associate of the Johns Hopkins Humanities Center, 2016-2018. She has been a visiting Professor at Tel Aviv Univ., Waseda Univ., Villanova Univ., Harvard Law and Yale Law, and a Law and Public Affairs Fellow at Princeton.

She was awarded an honorary Doctorate from Tilburg Univ. (Netherlands) in 2019 and from Wooster College in 2021. Allen was awarded the 2021 Philip L. Quinn Prize for service to philosophy and philosophers by the American Philosophical Assoc., the 2022 Founder’s Award by the Hastings Center for service to bioethics, and the 2022 Privacy Award of the Berkeley Law and Technology Center for groundbreaking contributions to privacy and data protection law.

Susan J. Brison is Eunice and Julian Cohen Professor for the Study of Ethics and Human Values at Dartmouth College and Visiting Professor of Philosophy at Princeton Univ., most recently in 2021-22. She has been a Mellon Fellow, a National Endowment for the Humanities Fellow, and a Member of the School of Social Science at the Institute for Advanced Study in Princeton, New Jersey. She has published scholarly articles about feminist philosophy, free speech, gender-based violence, and other topics and is the author of Aftermath: Violence and the Remaking of a Self and co-editor of Contemporary Perspectives on Constitutional Interpretation and Free Speech in the Digital Age. She has also raised public awareness of rape, domestic violence, pornography, and racist hate speech through international talks, radio and television interviews, and articles in Time, The Guardian, The Chronicle of Higher Education, and The New York Times.