It is January 2012 – the month of the New Hampshire presidential primary.   Apart from last October’s debate on economic issues hosted by Dartmouth in collaboration with Bloomberg, The Washington Post, and WBIN-TV, the campus has been as quiet as I have ever seen it in a presidential primary season.   In a recent blog post, I attributed this quiet to four factors: an aggressive national debate schedule, Dartmouth’s location in a Democratic part of New Hampshire, the lack of a natural campaigner (like John McCain in 2008) in the current group of Republican candidates, and the irrelevance of fundraising constraints in the campaign so far.

The absence of traditional activity associated with the New Hampshire primary is reflected more broadly in the national media.  Public attention over the past several months has been divided between a lackluster Republican field of candidates and the emergence of the Occupy Wall Street movement.  Beginning in Liberty Square in Manhattan’s financial district on September 17, 2011, some representativesof the movement claim to be:


[F]ighting back against the corrosive power of major banks and multinational corporations over the democratic process, and the role of Wall Street in creating an economic collapse that has caused the greatest recession in generations. The movement is inspired by popular uprisings in Egypt and Tunisia, and aims to fight back against the richest 1% of people that are writing the rules of an unfair global economy that is foreclosing on our future.
The diversion of attention from the formal institutions of government is reminiscentof the way that the elements of the Tea Party movement began within a month of President Obama’s inauguration in opposition to his proposals for economic stimulus and mortgage relief.  From February 2009 through November 2010, President Obama’s initiatives had to share the media spotlight with the novelty and growth of the Tea Party.  In part due to the Tea Party movement, the Republicans regained control of the House of Representatives in the 2010 midterm elections, further dividing the national government and making it next to impossible for President Obama to advance his policy agenda.  What will happen to the Tea Party in the 2012 presidential elections is an open question.  I have a hard time envisioning the Tea Party rallying around a Mitt Romney candidacy and a similarly hard time envisioning a President Romney working to implement the Tea Party’s agenda, even if the movement helps elect him to office.

The political and electoral prospects for the Occupy Wall Street movement are even less clear.  Unlike the Tea Party movement, there is at present no singular incumbent against which it can organize and sustain itself politically.  That may change if the Republicans take the White House in the November election.  As in 2010, all Representatives and about a third of the Senators are up for re-election, but to date, we have not seen the Occupy Wall Street movement get behind challengers to the incumbents in the same way that the Tea Party movement did in 2010.  Over the coming months, and particularly after the Republican nominee is determined, I expect that to change. 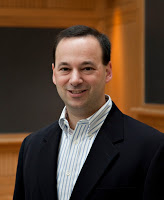