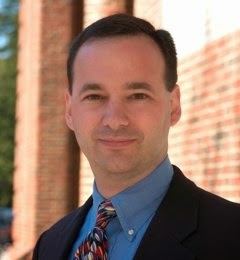 January 8th of this year marked the 50th anniversary of President Lyndon Johnson’s launching of “an unconditional war on poverty in America” in his first State of the Union Address. Taking stock of this effort over the intervening five decades, scholars can point to identifiable reductions in poverty among groups like the elderly who benefited from the most generous programs of the War on Poverty. But the War on Poverty’s motivating challenge of “poverty amidst prosperity” in America is still with us today, and it remains a vexing problem for public policy.

Since the late 1960s, the official poverty rate has

fluctuated (PDF)
between 10 and 15 percent over the business cycle. It is reasonable to infer from this stability that the lack of more progress, even during economic expansions, reflects the fact that the War on Poverty, like any legislative effort, will eliminate the types of poverty that are easiest to fix with just the mobilization of new resources. What remain are the hardest types of poverty to combat, which are deeply

To make further progress, we will have to employ many different strategies and to use creativity and innovation alongside the traditional mobilization of government resources. A pioneering example is the work of Grameen Bank under the leadership of Muhammad Yunus, who as head of the Rural Economics Program at the University of Chittagong in Bangladesh launched a research project to examine the possibility of designing a system to provide banking services to the rural poor. From this humble beginning in 1976 grew an industry of microcredit that has promoted economic and social development, lifted many across the globe out of poverty, and been recognized in 2006 with the Nobel Peace Prize.

This idea of relieving poverty by catalyzing latent but constrained talents of the poor themselves is at the heart of social entrepreneurship. In the next phase of the War on Poverty, social entrepreneurship represents guerrilla warfare – localized, human-centered approaches that if successful, could be scaled to serve more people. As part of its mission to educate, train, and inspire the next generation of public policy leaders, the Rockefeller Center will introduce a course in social entrepreneurship, Public Policy 43, this summer and support student innovation with additional human and financial resources. These new efforts build on our initial efforts with the Startup Experience last summer and will enhance other campus-wide initiatives focused on innovation. I look forward to reporting on our progress in the years to come.

--Andrew Samwick, Director of the Nelson A. Rockefeller Center