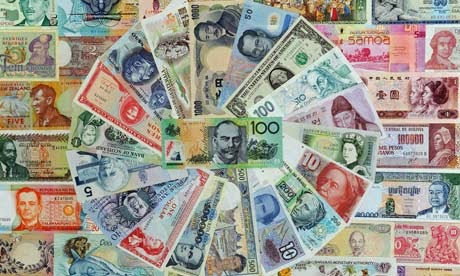 Greg Mankiw is a professor of economics at Harvard University, a New York Times columnist, and former chairman of the Council of Economic Advisers under President George W. Bush. A former graduate of Princeton University and MIT, he has taught macroeconomics, microeconomics, statistics, and principles of economics. You may recognize him as the author of your textbooks. In addition to teaching, his research includes work on price adjustment, consumer behavior, financial markets, monetary and fiscal policy, and economic growth. His published articles have appeared in academic journals, such as the American Economic Review, Journal of Political Economy, and the Quarterly Journal of Economics.

Jared Bernstein joined the Center on Budget and Policy Priorities as a Senior Fellow. He was the Chief Economist and Economic Adviser to Vice President Joe Biden, executive director of the White House Task Force on the Middle Class, and a member of President Obama’s economic team. Bernstein’s areas of expertise include federal and state economic and fiscal policies, income inequality and mobility, trends in employment and earnings, international comparisons, and the analysis of financial and housing markets. Bernstein has published extensively in various venues, including The New York Times, Washington Post, Financial Times, and Research in Economics and Statistics.

Before presenting their talk, “Debating Income Inequality: What’s the Problem? What’s the Solution?” Courtney Wong ’15 sat down with Greg Mankiw and Jeff Bernstein for a brief interview.

CW: What is the state of income inequality now?
GM: It’s high [chuckles]. The facts aren’t very controversial – inequality fell until the 1970s, and since then it has risen to where it was about a century ago.

JB: I totally agree with Greg. If you look at the trends in the low, middle and high-income groups, they all doubled from the mid-40s to the mid-70s. But if you then look from the 70s until now, only the top income group has significantly grown and the low-income group has slightly declined. The share of national income accruing to the top 1% in the late 70s was about 10%, and now it’s more than twice that.

CW: And where is it heading into the future?
GM: Economists are very bad at forecasts. I think it is very hard to stay.

JB: I would go a little further than Greg. In the long run, I would agree with him, but in the next few years, I expect inequality to continue to rise. It looks to me like the structural factors that are propping economic inequality up remain in place.

CW: What are your thoughts on our current fiscal situation, the budget deficit, and how politics plays into the mix?
GM: I’m not worried about the debt issue in the short run. I think in the long run, it’s more of an issue. Over the course of your lifetime, you will see ongoing debates on the tax system and the entitlement system. Basically, my generation has promised ourselves a certain level of retirement benefits, and we have also promised that your generation is going to pay for them. Whether you agree to pay for them will be the struggle [chuckles].

JB: Our politicians have basically told the electorate that you can get a lot with a little, and that’s not true. With that said, this issue is so deeply misunderstood. We have reduced our budget deficit at a time when the private sector was still weak and when we actually needed to give our economy a temporary fiscal push. That’s one of the reasons why this recovery has been so anemic.

CW: What made you interested in studying economics?
GM: My freshman year I had a friend who was taking an economics class, and it seemed really interesting, so I started taking economics classes the second semester. I enjoyed it because it was an interesting combination of analytical rigor as well as public policy issues that are really important.

JB: I used to be a social worker and I remember working in Mt. Sinai hospital helping an elderly man who was a veteran of both world wars. I couldn’t get him anywhere near the amount of help he needed, and I realized that something was systematically broken in such a rich society. At the same time, I really enjoy quantitative arguments. When economics and statistics are done well, we can come up with good answers to important questions. The combination of those two insights drew me towards this discipline.